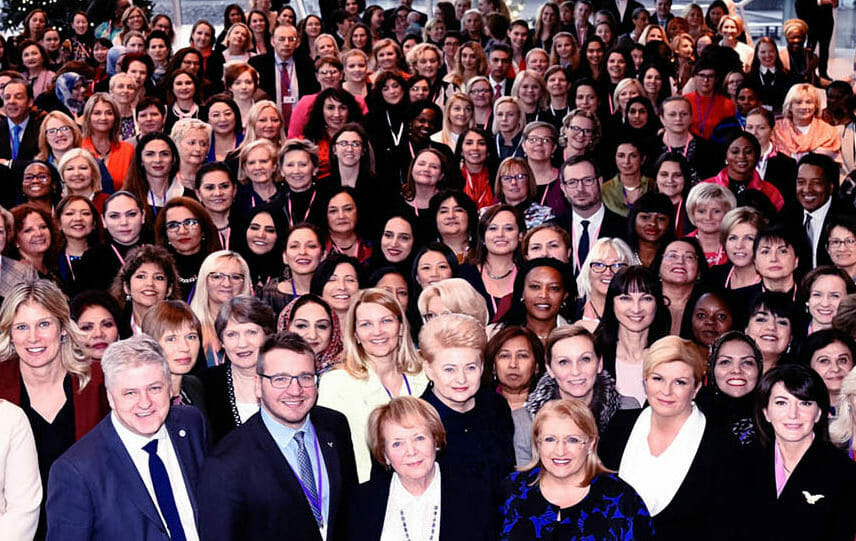 On Tuesday, November 27, extraordinary women leaders gathered during the Women Leaders Global Forum (WLGF) at the historic Höfði House in Reykjavik, Iceland, for the Reykjavik Summit -Power, Together. This roundtable session was the first of its kind and held in cooperation with the Council of Women World Leaders (CWWL) and the University of Iceland.

The chosen venue, Höfði House, symbolises change, transformation and most importantly peace. Built in 1909, it is one of the most beautiful and historically significant buildings in Iceland. It is best known as the building where the Cold War came to an end with a historic summit between American President Ronald Reagan and Soviet President Mikhail Gorbachev in 1986.

In a world where the focus is on its fractures, chaos and violence, women Presidents and Prime Ministers gathered at the same house to accelerate progress toward peaceful societies, as well as address the most complex challenges of our times. The session was facilitated by Dr. Rangita de Silva de Alwis, Associate Dean of International Affairs at the University of Pennsylvania Law School, and Member of the UN Women High-Level Working Group on Women’s Access to Justice.

Distinguished guests included the following current and former female Heads of State and Government, and other high-level female leaders:

As once stated by Hillary Rodham Clinton, “When women organise in large numbers, they galvanise opinion and help change the course of history”. In this spirit, WPL will be holding this summit on a yearly basis during the Women Leaders Global Forum in Iceland.

The report, containing the outcome of the roundtable discussions as well as the declaration issued by the participants “Declaration Women Leaders: Power, Together”  is available here