WLGF creates positive measurable change. In the spirit of ‘Power, Together’ WLGF launches its Community of Action

Measuring perceptions of equality for women and men in leadership

The Reykjavik Index for Leadership measures how people feel about women in leadership. It measures the perceived legitimacy of male and female leadership in politics and across twenty professions, as well as a measure of how men and women differ in their views, and the extent to which men and women are viewed equally in terms of suitability of individuals for positions of power. A score of 100 would indicate complete agreement that men and women are equally suited to leadership, and any score of less than 100 indicates prejudice.

The Reykjavik Index for Leadership 2020

Women Political Leaders and Kantar have found an absence of progress in how equally suited men and women are perceived for positions of leadership. The annual Reykjavík Index for Leadership research, now in its third year, finds that as the world grapples with the devastating impacts of COVID-19, society has not become more progressive in how it views men’s and women’s roles. Despite widespread global movements calling for greater equality between men and women, no leaps forward in the attitudes of our societies are registered. Historically, in times of crisis, stereotypes can be seen to endure, and 2020 is no different.

The Reykjavík Index for Leadership 2020-2021 presents findings drawn from the attitudes of over 20,000 people across ten countries – the G7 nations (comprising Canada, France, Germany, Italy, Japan, the United Kingdom, and the United States) along with India, Kenya, and Nigeria – thanks to the support of the Bill & Melinda Gates Foundation.

A look at the average score for the G7 countries, which we can now track across three years, shows very little change: it remains at 73. This can be regarded as the gap between the ‘birthright’ of equality for men, and the everyday reality of women’s experiences with inequality across the world.

The study indicates a gap between how men and women perceive suitability for leadership – a trend most visible in young people (18-34) in the G7 countries, who display lower Index scores than older groups. Young men are the least progressive – on average in the G7, nine points less than their female peers (67 vs 76), and four points less than older men aged 35-54 (at 71). This trend is visible in all countries apart from India, where scores for men and women aged 18-35 are the same, at 69.

COVID-19 has put women on the front line

The Reykjavík Index for Leadership ranks 23 sectors for their suitability for both male and female leaders. Surprisingly, the healthcare sector, in which 75% of the workforce is female,1 lands in 18th place with a score of 71, behind other sectors historically led by men including the judiciary (79), high-tech and AI (78), and aerospace and engineering (both 72).

The Reykjavik Index for Leadership 2019

The Reykjavik Index for 2019 presents the findings of  the research not only in the G7 nations of Canada, France, Germany, Italy, Japan, the UK and the USA, but also in Brazil, China, India and Russia.
The widening of the study enables to further understand both where stereotypes endure and where public policy or private sector intervention is making a difference.

On average in the G7 in 2019, just 46% of society is very comfortable with a woman as head of government, and 48% with a woman as CEO of major national company. More than half of people in the G7 countries have some discomfort with women as leaders. We also see notable changes from last year: for instance, a decline in the Index for the UK, specifically linked to a shift in male attitudes.

Overall Ranking for the G7

This year, Canada and France, with a score of 77 have the highest scores in The Reykjavik Index for Leadership. In third place is the USA with an Index of 75. The UK has fallen four points to 73, meaning that it is now in fourth place. As before, Italy has the lowest Reykjavik Index in the G7 (68) followed by Germany (69) and Japan (70). However, these three countries have all shown improvement from 2018: Japan and Germany are up by three points and Italy by five.

The Reykjavik Index for Leadership 2018

The 2018 Index measured the perceived legitimacy of women or men in positions of leadership in politics and professions. The Index evaluated the G7 group of nations and 20 different industries and public professions, surveying the attitudes of more than 10,000 people. Within G7 countries, women scored higher (67) on the Reykjavik Index for Leadership than men (61), therefore suggesting the G7 to be a better place for female leadership.

The average Reykjavik Index for Leadership score for the G7 in launch year 2018 was 66, with the findings showing two groupings of countries: the UK, France, Canada and USA with ‘higher’ indices and a group of three that were a step change below: Japan, Germany and Italy.

The Reykjavik Index for Leadership was presented first by Women Political Leaders and Kantar during the Women Leaders Global Forum 2018. Data updates, and increase of countries surveyed are done annually. 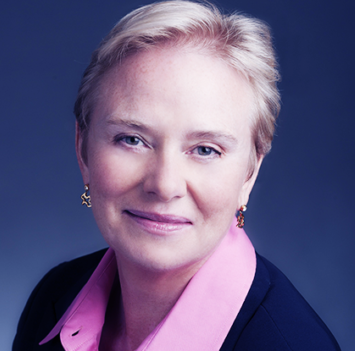 Seeing the Index presented for the first time at the Women Leaders Global Forum was fascinating. We finally have an effective tool measuring how people really feel about women in leadership positions. 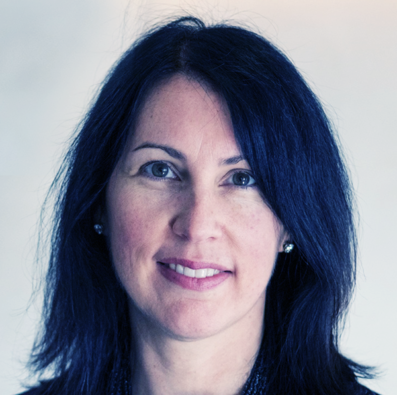 Across the G7, there are wide disparities in how women and men view the suitability of women for leadership roles. As disheartening as this is, I am encouraged by tools such as the Reykjavik Index for Leadership which help us identify the countries and sectors where the equality challenges are the greatest. By measuring the challenges, we are better equipped to develop meaningful solutions to close the equality gap. 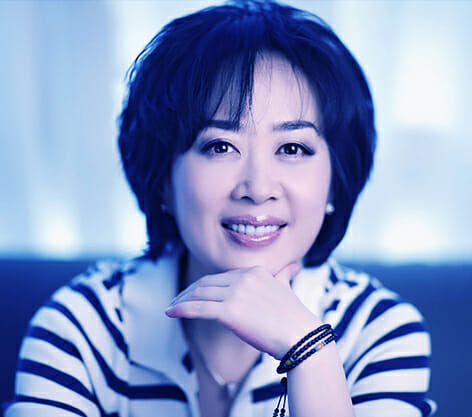 The Index echoes the historic opportunity facing women to stand out and shape the future of mankind in the digital era. This dissonance is something we need to work on to drive the change towards parity. 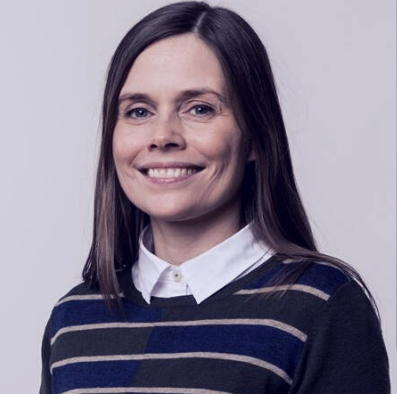 The Reykjavík Index sheds a light on the gender gap in leadership and on the gender stereotypes that hold us back; individually, societally and economically. Gender equality doesn’t happen by chance, we need to take action towards it. Governments and businesses can lead the way. 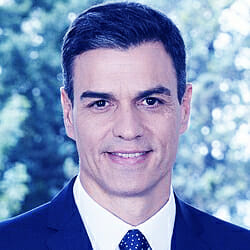 It is great to see an Index documenting everyday beliefs and behaviours related to leadership in the G7 countries. I am looking forward to seeing the findings about the perception of women leaders also in Spain. 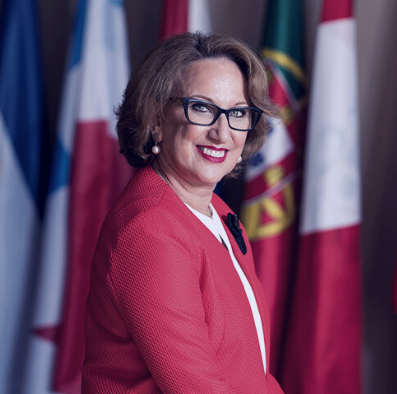 HEAD OF THE IBERO-AMERICAN SECRETARIAT

The Index will help us monitor the very real but often invisible barriers and obstacles that women face in breaking the glass ceiling. By measuring perceptions over time, it will help us assess and understand the social norms that limit women’s access to positions of leadership and power.

HEAD OF THE IBERO-AMERICAN SECRETARIAT 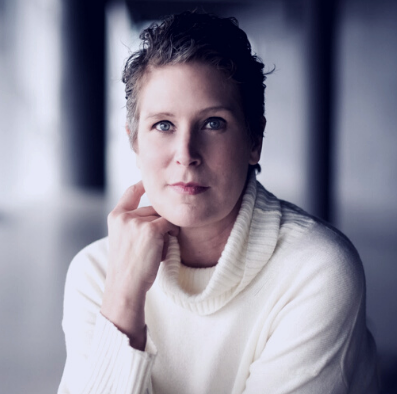 It is our goal to reach Index scores of 100 – an indication that there is complete agreement that men and women are equally suited to leadership across the economy, and a tangible sign of progress towards equality at work, at home and in society. The Reykjavik Index for Leadership will support the endeavours to get there. 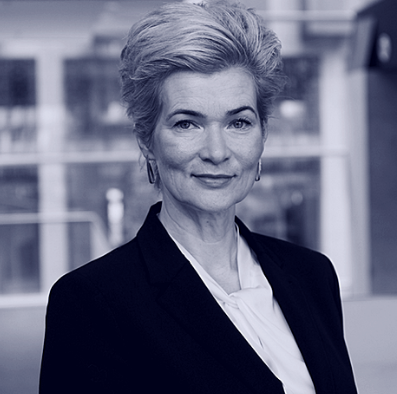 The Reykjavik Index for Leadership is the first of its kind, both to understand the progress we are making in terms of the perceptions of the suitability of men and women for positions of leadership and power – and for how this is working across the private and public realm. We hope it will be a significant contribution in terms of understanding our current position and driving positive change for the future.

Women Political Leaders and Kantar will invite further discussion with political and business leaders on the Reykjavik Index for Leadership throughout their respective calendars.