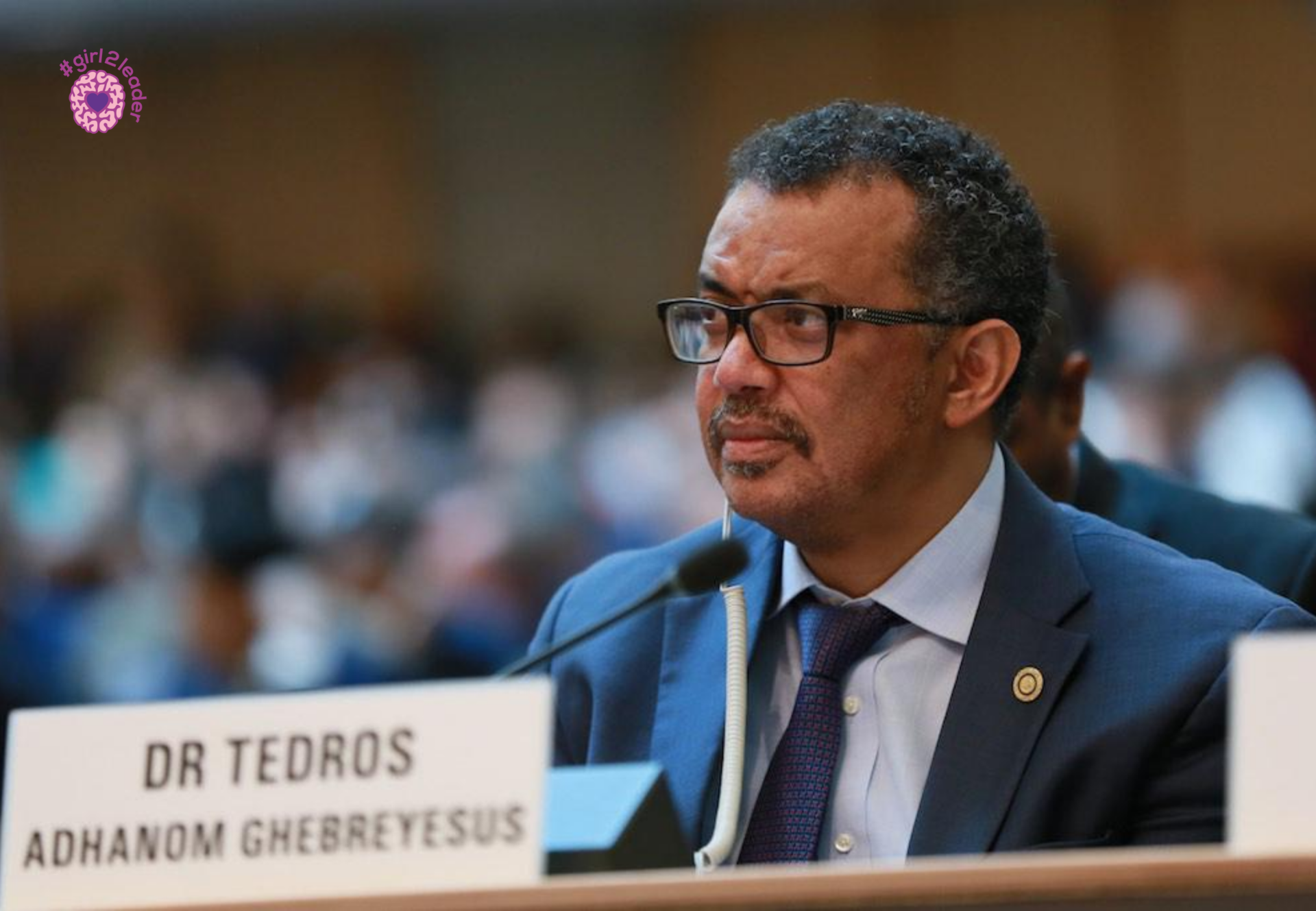 On average, women and young girls face far graver health challenges than their male counterparts – a fact that we are currently witnessing as a result of the COVID-19 pandemic and one which can only be changed by sweeping multilateral government legislation. Malak Azmirly, a #Girl2Leader delegate and Youth Council Member at Plan International Sweden posed a series of probing questions to Tedros Adhanom, the Director-General of the World Health Organisation and Co-Chair of the Reykjavik Global Forum at the 2019 gathering in Reykjavik. These sage questions analysed the progress that has been made and how to make further advances.

The political side of universal health care

Ms. Azmirly noted that Mr. Adhanom had previously stated that achieving universal health coverage was “a political choice,” a notion he concurred with, pointing to examples of new laws in Egypt, the Philippines and South Africa. He further praised the fact that “India and Kenya have rolled out ambitious universal healthcare schemes to expand coverage to millions of people.”

Countries, including those in the developing world, that elect to expand healthcare coverage as a priority are joining a mushrooming collective. Mr. Adhanom unequivocally welcomed commitments made in 2019 by members of the United Nations and the Inter-Parliamentary Union regarding a universal healthcare agendas. According to Mr. Adhanom, national healthcare coverage increases productivity, while reducing poverty and unemployment, and safeguarding economies from epidemics – a point that is more salient now than ever before.

The role of the private sector

National and multilateral legislative bodies are not the sole providers of healthcare globally. As a result, Ms. Azmirly asked what role the private sector should play in helping implement universal healthcare coverage. Mr. Adhanom recognised the invaluable role that private corporations play in creating medicine, machinery and protective equipment, as well as their continued role in providing services to developing corners of the globe. Nonetheless, he provided a stark reprimand: while private companies are a key source of innovation and employment, private funding alone cannot provide universal healthcare. Insurance may play a supporting role in health, Mr. Adhanom believes, but public national coverage is the “bedrock of universal healthcare.”

Ms. Azmirly subsequently steered the conversation toward a particular focus on some of society’s most at-risk groups – women and children. Rather than try to address individual – though nevertheless very serious – issues such as sexual and reproductive health, primary and maternal care, access to contraception and violence against women, Mr. Adhanom offered an alternative approach. In addition to these issues, we must confront the endemic societal, political and economic causes of inequality that have taken root in countries around the world. He cited improving education, human rights and women’s economic empowerment as of paramount importance, with far-reaching benefits.

The Question & Answer session also raised crucial concerns and provided concrete solutions to improving the state of global health, especially in developing countries. In light of the issues raised, Mr Adhanom’s declaration that universal healthcare is “not just a moral imperative, but an economic imperative” rings true. The ways in which countries implement universal healthcare coverage could bring significant benefits to all, not least women and girls.