NOTHING WILL WORK UNLESS WOMEN DO 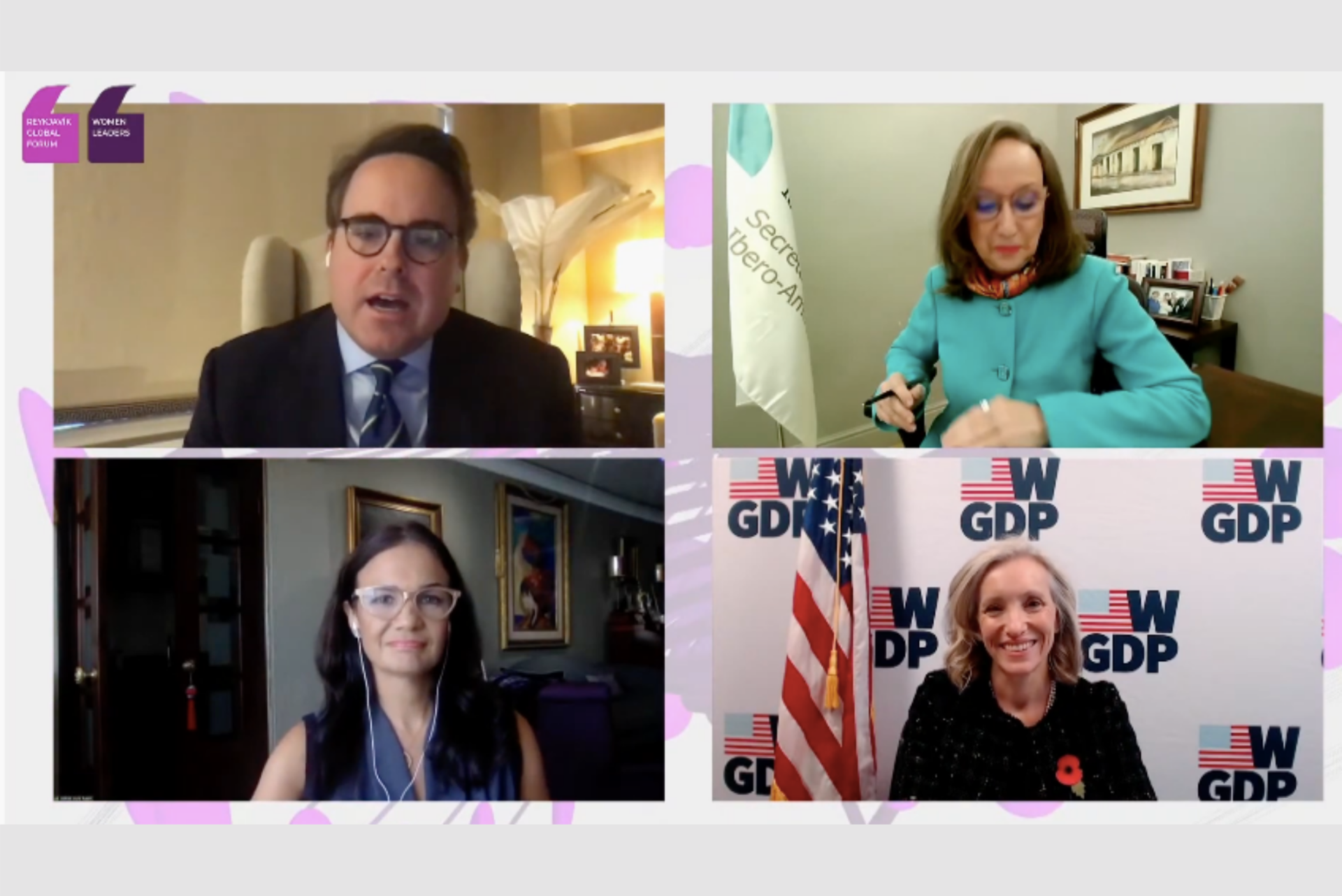 Equal pay, parental leave, and access to financing are among the most significant challenges preventing women’s full participation in the global economy. These problems have been made worse by COVID-19, particularly in the Americas, where  according to the UN women have lost jobs at higher rates than men in the sectors hit hardest by the pandemic: tourism, domestic work, and commerce.

At the Reykjavík Global Forum in November, Women Political Leaders hosted a panel of esteemed experts to explore how barriers to economic empowerment can best be dismantled, particularly in the Latin America and Carribean region, where the UN is projecting that extreme poverty will increase by 22% (extending to nearly 120 million women and girls) as a result of the economic crisis caused by the pandemic.

Rebeca Grynspan, Secretary-General of the Secretaría General Iberoamericana (SEGIB), informed this panel that, prior to the pandemic, half of the region’s workforce already held jobs in the informal sector. That figure is expected to increase to two-thirds by the end of the crisis.

“We need to put those numbers on the tables of the people who are doing the policy-making,” Ms. Grynspan said. “It’s a double hit in terms of poverty and equality in the region. Also, the stay-at-home orders to protect from COVID-19 may represent ‘stay at home forever’ if women don’t have the conditions to reconcile work and family. Because care services are also being hit by the pandemic, they’ll have to stay at home, and that will be a reversal in terms of women’s rights.”

Isabel Saint Malo, who served as Panama’s Vice President and Minister of Foreign Affairs from 2014 to 2019, emphasised that equity in pay and access to funding are essential to women’s full integration into the formal economy. Current estimates put the gap between men’s and women’s salaries at 30% overall.

“Eighty percent of women’s credit needs are either under-served or not served at all,” Ms. Saint Malo said. “But women have proven over and over that they are better at honoring their financial commitments. So it’s good business to give women access to credit – but it’s not happening.”

Requirements for loans often include having a bank account. According to The World Bank, close to one-third of adults – 1.7 billion – are still unbanked, and half of them include women living in poor households in rural areas or out of the workforce. And there are countries in Latin America that still forbid women from land ownership, which could be used as collateral for a loan.

Kelley Currie, the U.S. Ambassador-at-Large for Global Women’s Issues, said that because of restrictions placed on a woman’s ability to work and own a business in the region, “their starting mark is so far behind, it’s almost impossible to catch up.”

Currie noted that the U.S. has partnered with countries in the region to provide micro-funding to women, whose “ability to succeed is incredible. They’re opening their own businesses, employing women and helping them to support their families. It has this incredible multiplier effect in those communities.”

Panelists also agreed that multilateral institutions like the United Nations should focus on advocacy around removing legal obstacles and paving the way for “low-cost, high impact things we can do to make a difference, rather than making demands on these countries that their fiscal budgets can’t support,” according to Ambassador Currie.