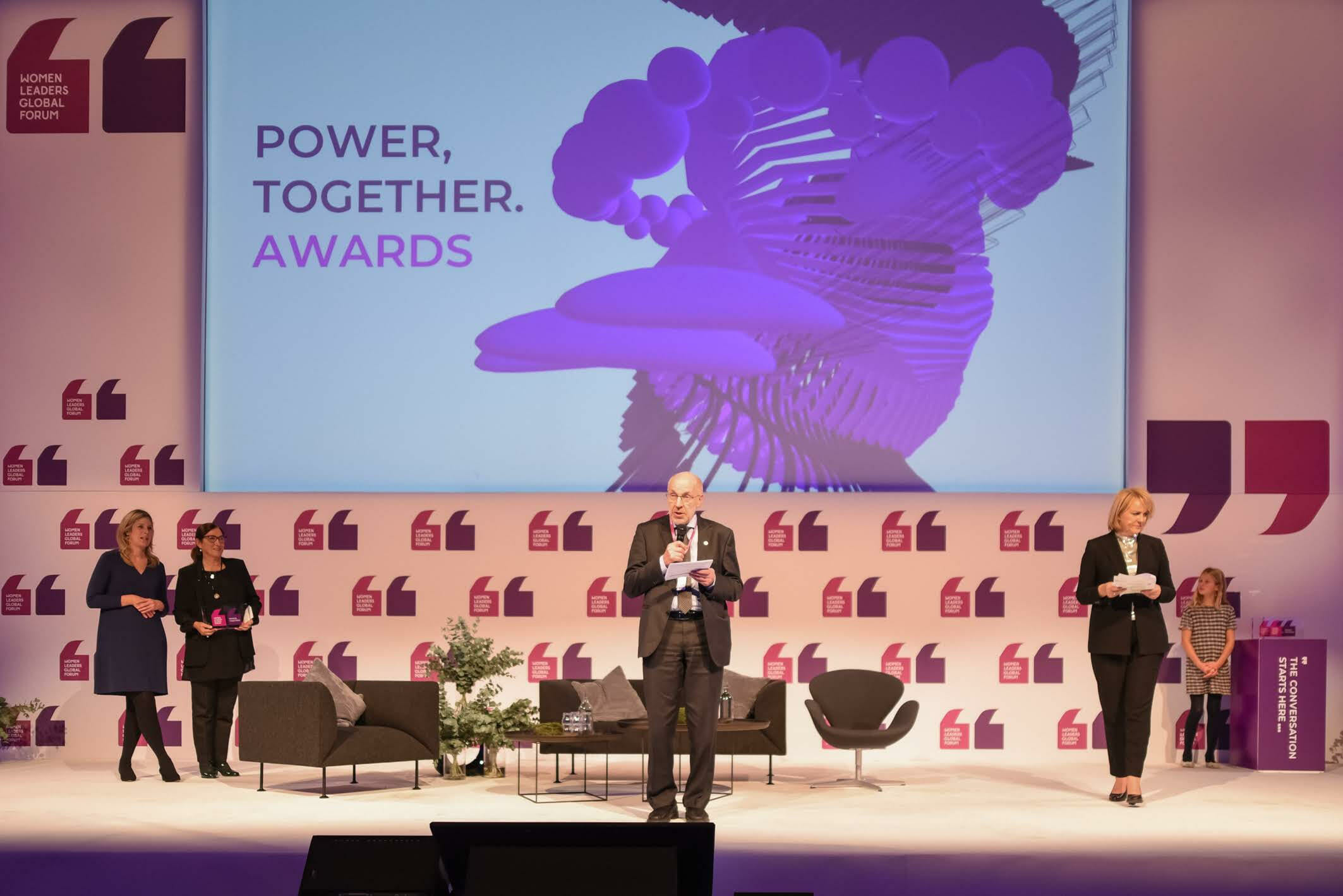 Press Release – October 29, 2019 – The ‘Nobel Women’s Initiative’ and 21 organisations fighting to ‘End Period Poverty’ are the winners of the POWER, TOGETHER. AWARDS 2019. The awards honour outstanding initiatives where people join forces and use their power to together advance society and achieve great change. Introduced by Women Political Leaders (WPL), the awards are delivered on the occasion of the Reykjavík Global Forum – Women Leaders which takes place every year, in Reykjavík, Iceland in November.

“The POWER, TOGETHER. AWARDS recognise the unique drive of women who set aside differences and  join forces for a greater cause, because no sustainable change can be reached alone. Together, women can make sure the future holds as many opportunities for girls and women as for boys and men.” says Silvana Koch-Mehrin, President & Founder of Women Political Leaders.

The award to ‘End Period Poverty’ acknowledges the exceptional drive and the results of 21 organisations who use their POWER, TOGETHER. to end the stigma of menstruation that still plagues society. They all work to ensure that no woman or young girl is denied access to health and hygiene services.

The organisations recipients of the ‘End Period Poverty’ POWER, TOGETHER. award are:

The award at the Reykjavík Global Forum – Women Leaders will provide, for the first time, a platform for all these initiatives to make connections, share best practices, and builds momentum to shape a truly global movement. A movement where all those involved work hand in hand towards the same goal: to end the stigmatization of periods once and for all and to push for policy change.

The POWER, TOGETHER. AWARDS will be presented during a ceremony at the Reykjavík Global Forum– Women Leaders on November 20th, in the presence of female leaders from all over the world.

A selected number of journalists are invited to attend the Forum. You can register here

About the POWER, TOGETHER. AWARDS

For the POWER, TOGETHER. AWARDS, Women Political Leaders awards and honours every year at the Reykjavík Global Forum – Women Leaders outstanding initiatives, where people join forces to effect great change. The power to advance society – to change and move things in a positive way – comes from using our power, together. This is especially true when change is needed to increase the number and influence of women leaders. Together, women can make the changes necessary; together, women can create societies of better diversity; together, women can make sure the future holds as many opportunities for girls and women as for boys and men. More information at: https://reykjavikforum.global/

About The Nobel Women’s Initiative

The Nobel Women’s Initiative uses the prestige of the Nobel Peace Prize and six courageous women peace laureates — Mairead Maguire, Rigoberta Menchú Tum, Jody Williams, Shirin Ebadi, Tawakkol Karman, and Leymah Gbowee — to magnify the power and visibility of women working in countries around the world for peace, justice and equality. The six women bring together their extraordinary experiences and work to spotlight, amplify and promote the work of grassroots women’s organisations and movements around the world. The Nobel Women’s Initiative was established in 2006. More information at: https://nobelwomensinitiative.org/about/

The Reykjavík Global Forum, previously the Women Leader Global Forum, was launched in November 2018, in Reykjavík, Iceland. The Reykjavík Global Forum is where women leaders discuss and share ideas and solutions on how to further advance society. This year the Forum gathers leaders from around the globe, including Presidents, Prime Ministers, other public figures, as well as leaders from business, academia, civil society, arts, media and more. This year will also see the launch of the Community of Actions, which will create measurable change. The Forum is annually co-hosted by Women Political Leaders (WPL) and the Government and Parliament of Iceland, under the heading Power, Together.