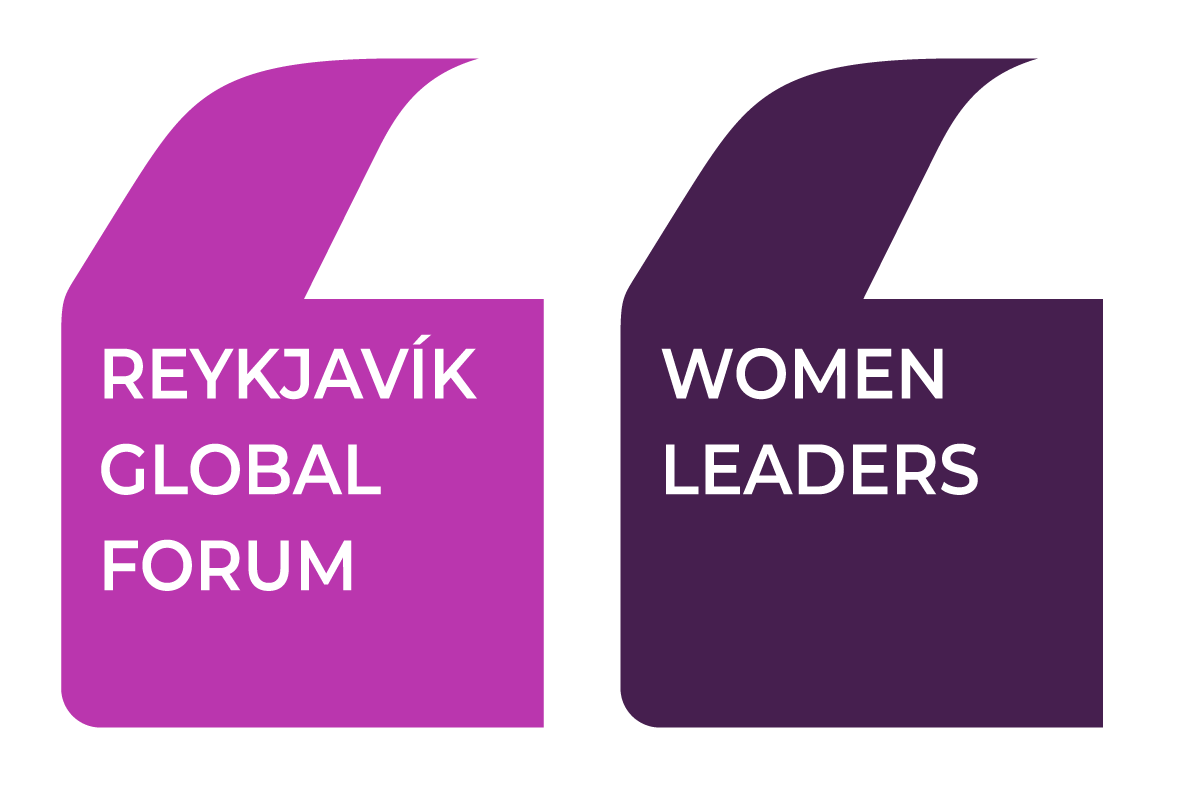 The POWER, TOGETHER Awards, honouring outstanding initiatives where people join forces and use their power to together advance society and achieve great change, will be presented during a ceremony at the Reykjavík Global Forum on November 9, as the Forum convenes in Iceland with more than 400 conversationists.

“We’re grateful for the dedication and commitment of the POWER, TOGETHER Award winners,” said Hanna Birna Kristjansdottir and Silvana Koch-Mehrin, co-founders of the Reykjavik Global Forum. “These outstanding leaders provide models for all of us who share a commitment to taking action to achieve gender equality.”

The Reykjavík Global Forum is proud to bestow the POWER, TOGETHER Awards to the following recipients:

Since its creation in 2006, The African Leadership Institute (AFLI) focuses on identifying and fostering the next generation of ethical and visionary African leaders. Through the Institute’s flagship programme, the prestigious Archbishop Tutu Leadership Fellowship, young African leaders at all levels of society are equipped with world-class learning, experiences and tools to help them develop their leadership insights and create African-led solutions that catalyse meaningful transformation across the African continent. Working with a select group of partners, leading academic institutions and established international leaders, AFLI provides a premier platform for comprehensive peer learning and collaboration. The work of the Institute, preparing a new generation of change-makers and inculcating in them a standard of excellence and integrity, improves the quality of leadership which in turn improves the quality of governance and benefits our global society.

The Council of Women World Leaders

Established in 1996 by Vigdís Finnbogadóttir, President of Iceland (1980-1996), the world’s first democratically elected woman President, Mary Robinson, the President of Ireland (1990-1997), and Laura Liswood, Secretary General, The Council of Women World Leaders is an independent network of more than 80 incumbent and former women Prime Ministers and Presidents. Since February 2020, the Prime Minister of Iceland, Katrín Jakobsdóttir, has served as the Council’s Chairperson. The Council provides a forum for its members to collectively share solutions, and use their influence and visibility to promote and advance women’s equality, showcasing the importance of women’s leadership in building sustainable societies and inspiring the next generation. The activities undertaken by the Council reinforce the message that only through solidarity and the collective action of women in positions of power can the fight against gender inequality be met head on.

Launched at the Generation Equality Forum in Paris in July 2021, The Nala Feminist Collective (NalaFem) is a pan-African and women-led collective of 17 young feminists. The mission of NalaFem is to mobilise young women from Africa and the diaspora to take action against issues affecting women across the continent. The collective’s goals are: F- Foster intergenerational co-leadership to bridge the generational gap with greater inclusion of young women in decision making; E- Enable young women to acquire the necessary skills and experience to bridge policy and implementation gaps; and M- Mobilise for youth-led accountability on the manifesto’s 10 demands to bridge intergovernmental and grassroots spaces. The work of NalaFem is guided by the Africa Young Women Beijing+25 Manifesto, a political document that lays out critical issues of concern for young women in Africa and makes demands for addressing them. The manifesto was developed during five regional consultations, called ‘barazas’ and welcomed the participation of over 1,500 young people from 44 African countries. Since then the manifesto has collected over 10,000 signatories.

For over two decades since its existence, the UN Foundation has served to strengthen and support the aims and objectives of the UN, mobilising much needed resources and initiatives, as well as meticulously cultivating and curating strategic partnerships between the UN and governments, organisations, individuals, and businesses worldwide. The value of the UN Foundation’s work has proven invaluable to the continuing efforts of the United Nations in tackling universal challenges and instituting programmes for sustainable development globally. Of significant note to the premise of the POWER, TOGETHER. Awards, is the UN Foundation’s prolific work around supporting the rights of women and girls and its recognition that accelerating progress toward gender equality spurs progress to achieving all of the SDGs. UN Foundation initiatives such as ‘The Nest’, exemplify such efforts. The Nest – Networks of Women Leaders and Allies for Generation Equality, is a “network of networks” designed by the UN Foundation to collaborate around the mission of Generation Equality. The Nest includes networks of senior-level women leaders from government, business and philanthropy and media, as well as key allies and male champions. Collectively these influential leadership groups pool together to promote and raise awareness for the aims of Generation Equality outside of the traditional UN and global advocacy space; through policy dialogue, exchange and engender cross-cutting solutions to challenges faced; and aid in garnering concrete Generation Equality commitments.

Women and girls of Iran

For decades the women of Iran have been fighting for their rights and freedom. The most recent protests, ignited by the killings of Mahsa Amini and other young women and girls, constitute one of the boldest acts of rebellion against the Islamic Republic of Iran. Despite the dangers, brave Iranian women and girls of diverse ethnicities have taken to the streets demanding an end to the oppressive regime. United in purpose, emboldened by the chant of ‘Zan, Zendegi, Azadi – Women, Life, Freedom,’ the women of Iran are demanding equal rights. On streets, in schools, from their homes and online via social media, the women and girls of Iran have called on the international community to unite with them in solidarity and call on the Iranian state to halt its violent crackdown on peaceful dissent. In the spirit of POWER, TOGETHER, the Reykjavík Global Forum calls on its global community of women leaders and allies to openly support and amplify the voices of Iranian women and, by doing so, help them claim their right to freedom.

The POWER, TOGETHER. Awards 2022 recognise the meaningful contributions of all of these organisations and movements and their affiliated initiatives, all of which showcase the activating power of partnerships and collaboration in driving sustainable solutions for the world. By providing a platform to recognise the work of all these different parties and to make connections, engage in discussion and share best practices, we build momentum for a truly global movement where all those involved work hand in hand towards the same goal: collective action and commitment to sustain positive change.

A selected number of journalists are invited to attend the Forum.

The Reykjavík Global Forum was launched in November 2018, in Reykjavík, Iceland. The Reykjavík Global Forum is where women leaders discuss and share ideas and solutions on how to further advance society. This year the Forum gathers leaders from around the globe, including Presidents, Prime Ministers, other public figures, as well as leaders from business, academia, civil society, arts, media and more. The Forum is annually co-hosted with Women Political Leaders (WPL) and the Government and Parliament of Iceland, under the heading Power, Together.

Women Political Leaders (WPL) is the global network of women politicians. The mission of WPL is to increase both the number and the influence of women in political leadership positions.WPL communities are women in political office – Presidents, Prime Ministers, Cabinet Ministers, and Members of parliament. WPL strives in all its activities to demonstrate the impact of more women in political leadership, for the global better. To accelerate, women need three things: communication, connection, and community. At WPL, optimising the power of communication and connection builds new communities of knowledge for women political leaders everywhere. WPL believes that progress happens by convening women political leaders who have the drive and the influence to create positive change. WPL is an independent, international, post-partisan and not-for-profit foundation based in Reykjavik, Iceland (the world champion of gender equality). Silvana Koch-Mehrin is the Founder and President of the WPL Foundation.

About the POWER, TOGETHER. AWARDS

For the annual POWER, TOGETHER. AWARDS, the Reykjavik Global Forum and Women Political Leaders award and honour outstanding initiatives, where people join forces to effect great change. The power to advance society – to change and move things in a positive way – comes from using our power, together. This is especially true when change is needed to increase the number and influence of women leaders. Together, women can make the changes necessary; together, women can create societies of better diversity; together, women can make sure the future holds as many opportunities for girls and women as for boys and men. More information at: https://reykjavikforum.global/