There can be no Health without Mental Health 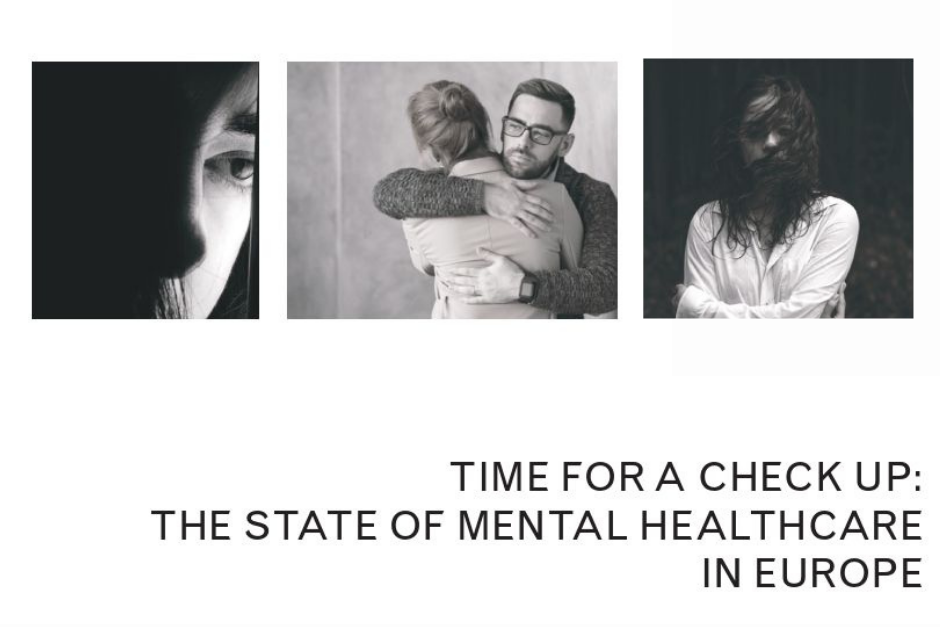 It came as little surprise to some end of 2020 when the World Health Organization said that the Covid-19 pandemic had stressed healthcare systems to such a degree that funding for essential mental health services was disrupted in 93 percent of member countries.

The WHO estimates 800,000 deaths by suicide annually, while depression and anxiety disorders cost the global economy over US$1 trillion. In many countries, there is little or no support available. Prior to the pandemic, WHO estimates that countries were spending less than 2% of national budgets on mental health. In addition, the world has seen a surge in mental health being adversely affected by the pandemic.

The urgency of the problem is immense and demands that approaches to mental health be reworked, a panel of experts said at the Reykjavik Global Forum – Women Leaders 2020 in a talk chaired by Marie-Louise Coleiro Preca, President of Malta (2014-2019), President of Eurochild and Member of the WPL Board and of the Council of Women World Leaders (CWWL).

As COVID-19 dominates policy debates and stretches our healthcare systems, the debate sought to know: how do we ensure mental health support is made available and is accessible to people during this crisis and over the longer-term?

In the western world, the conversations among politicians is mostly geared towards awareness raising and stigmatisation, Philips said, and while those are very important,

“I worry sometimes that it lets politicians off the hook from providing active services for citizens to access. We need to do much more to ensure a parity of esteem in the funding of our healthcare and welfare systems when it comes to mental health services instead of just our physical health services.”

“We have to call these things what they often are: these are trauma-induced psychoses, based on life experience from domestic abuse, sexual violence, and other traumas that people suffer in childood,” Philips said. “We also need to talk about substance misuse, which very often gets forgotten in the overall heading of mental health problems.”

Women Political Leaders, with the support of healthcare company Centene, has carried out a Europe-wide survey of political leaders, policymakers, and healthcare professionals to illustrate the current state of mental healthcare in 28 countries. The Report brings greater attention to the strengths and weaknesses currently at play. It presents evidence which could prove useful when shaping future healthcare solutions capable of responding to current challenges being highlighted by COVID-19 pandemic.

The report is ever more relevant during and after the Covid 19 crisis, Coleiro Preca, member of the Report’s Advisory Board, told the panel at the Forum.

Dr. Elisa Tarazona Gines, Ribera Salud CEO, spanish subsidiary of Centene, said that the organisation has 6,000 professionals, of whom 70% are women, mostly doctors and nurses.

“Right from the onset of the pandemic, we became aware that in addition to treating the Covid infection, we had to take care of the most vulnerable population groups, as those are the ones with the highest risk of mental health disorders,” Tarazona said.

In the research, a character study was defined for the prevention and early detection of mental disorders. The average woman is one “with a high sense of responsibility… and high level of emotionality” amid the added stressors of the pandemic.

Tarazona said almost 700 Ribera Salud professionals — who as front-line workers have to make tough decisions about their patients while also facing their own fears of contracting the illness and exposing it to their families — participated in a wellness initiative called “We Take Care of Ourselves.”

Ribera Salud promoted the use of telemedicine appointments to help these doctors, nurses and other healthcare professionals prioritise self care so that they were up to the challenge of caring for everyone else.

Hauwa Ojeifo, a mental health advocate who is Founder & Executive Director of She Writes Woman in Nigeria, advised three concrete actions to give mental health the urgency it deserves and overcome the stigma.

“Start where we are, and protect the fundamental human rights of persons with mental health conditions,” Ojeifo said first.

Secondly, recruit those affected to speak out and advocate for their own rights, something that Ojeifo knows about first hand, having used her own experiences with mental health struggles to ignite hope and support in her own country.

“There should be space at the table to show what it looks like for us,” she said.

And lastly, lawmakers and governments should start shifting the approach to mental health from a “biomedical path to a more psychosocial one,” Ojeifo said.

If we make the approach strictly ‘illness based,’ then there’s a level of collective human experience that is lost.

“To a certain degree, we all know what it’s like to face anxiety or to have stressors, and you cannot separate the effect of poverty in a country from the mental health outcomes of the people,” Ojeifo said.

The session can be watched here

Time for a check-up: the state of mental healthcare in Europe can be consulted here